THE BEST TREKKING IN COLOMBIA WITH INDIGENOUS GUIDES

The Lost City Trek Colombia 4 days is one of the best excursions to do in the Sierra Nevada de Santa Marta, this Trek to the Lost City of Colombia is designed for those travelers who have little time and want to enjoy an exciting trekking in the Sierra Nevada of Santa Marta accompanied by Native Indigenous Guides, visitors are guaranteed a once-in-a-lifetime experience.

The Trekking to the Lost City Colombia is considered by hikers as one of the best trek in South America. It has been cataloged as such by many adventurers who enjoy hiking and who have had the experience of getting to know this marvel of a route in the city of Santa Marta.

In order to conquer the Lost City Hike in 4 days, you will have to make daily hikes of 5 to 7 hours approximately, through trails marked by the steps of the native Indians of the Sierra Nevada de Santa Marta, who still inhabit this magnificent place.

Most importantly, during the Trek to Lost City Colombia, is that they will discover ecological trails, villages or indigenous towns, beautiful crystal clear rivers and mountains surrounded by jungle.

In some camps, in the evening you will have talks with the indigenous guide, who will teach you about the customs, traditions and culture of the indigenous peoples of the Sierra Nevada de Santa Marta.

THE LOST CITY OF TEYUNA COLOMBIA

Upon arriving at this ancestral site, they must follow the instructions of the indigenous guide and respect the traditions and pagamentos that made before entering the Lost City Tayrona.

This civilization disappeared as a result of the conquest, however, they left us one of the greatest archaeological heritages we have here in Colombia.

The archaeological ruins of the Lost City of Tayrona, were once an ancient indigenous civilization called Teyuna, inhabited by the ancient Tayrona people.

All NATIONAL and FOREIGN travelers who wish to book the Lost City Trekking in the Sierra Nevada de Santa Marta, must first present in our office, the Certificate of Vaccination against COVID-19 before starting the tour.

The Trek to the Lost City Colombia It is an excursion that starts early from the main office of Wiwa Tours At approximately 8:30 am, we meet all the travelers with the indigenous guide for their presentation.
When all the logistics of the tour are in order, we will be transported in a 4×4 van or pick-up truck to the Mamey sector. Sierra Nevada de Santa Marta.
Here in the Mamey is where the trek to the Lost City of Teyuna really begins, we will have lunch, then the indigenous guide will give the instructions to begin the best trek in South America.
We begin with a journey through peasant trails of approximately 7.6 km, until we reach the first camp, in this peasant community we will be at 450 meters above sea level.
In this cabin we will spend the night in beds or hammocks, and we will rest from this first day of hiking that is not so demanding, we recommend carefully receiving instructions from the native guide, during the tour we will enjoy beautiful natural settings, take photographs and observe the great wealth of flora and fauna of the Sierra Nevada de Santa Marta.
Some travelers complete this journey in 3 hours, others in 5 hours, it all depends on your physical condition and the weather conditions of the journey.

We start the day very early, have breakfast and then receive the instructions from our indigenous guide to start a demanding 14.7 km walk (approximately 10 hours), from the Vista Hermosa cabin to the Paso Lorenzo Cabin.
This camp is Indigenous, located at an altitude of 830 meters above sea level, here in this cabin we will be very close to the Lost City of Tayrona, sacred city for the indigenous communities of the Sierra Nevada de Santa Marta.
During the tour we will pass close to a Kogui Indigenous Community called Mutanzhi, here we will appreciate the harmony that indigenous peoples have with nature and mother earth. While we walk, we will be able to take pictures and observe the mountainous landscapes typical of the Sierra Nevada de Santa Marta.
While in the camp we can relax and if the guide allows it we can take a refreshing bath in the river Buritaca. At night the Indigenous guide will talk to us about the Lost City Teyuna and the sacred meaning for the indigenous people of The Sierra Nevada de Santa Marta, He will also share with us about the history and customs of native communities.

We started the day very excited to know the Lost City Colombia, during this route of approximately 1 km at archaeological ruins of Teyuna, we will climb 1200 stone steps, built by the ancient Tayronas.
Here we will be at an altitude of 1200 meters above sea level, however we will be accompanied by the Indigenous Guide at all times, first we will make a guided tour of the different terraces and sacred sites of this ancient city, we will take pictures of this beautiful experience, we will enjoy the magical journey.
The natural scenery of the Lost City of Santa Marta is unique, sacred stones, monuments, panoramic landscapes and many more secrets that this indigenous city holds.
At approximately 11:00 AM, we return to the Paso Lorenzo Camp for lunch and immediately organize the suitcase and start the trek back of 9.6 km (5 hours approximately) until the Wiwa Cabin, Indigenous Camp where we will rest and spend the night.

On the last day of adventure in the Sierra, we start early with breakfast, and then continue with the return journey of approximately 12.7 km, until we reach the point where it all began.
During the descent we will find more places to take pictures, rivers to enjoy a quick bath, landscapes that were not appreciated when climbing, in short, this trip is a fascinating experience that will surely mark your life forever.
Continuing with the trek back, we will arrive at Mamey, we will rest for a while, have lunch, and then we will leave in the van or 4×4 truck, which will take us back to the city of Santa Marta, where we will arrive around 4:30 pm, having fully enjoyed an enriching and new experience at the magical Sierra Nevada de Santa Marta.

Note : The Lost City Tour Itinerary may vary depending on weather conditions or the means of land transportation.

During this 4-day Lost City Trek, you must respect the privacy and culture of the indigenous people. We should not enter their huts, nor take photographs of them or their belongings, without first informing the indigenous guide of the protocol to be followed.

Carry only the essentials in your suitcase, since weight is a determining factor when walking long distances, make sure you are in good physical condition, avoid drinking alcoholic beverages the day before and try to return all garbage to Santa Marta.

Do not damage natural or cultural property in the Los City of Teyuna. During the tour there is no mobile phone signal, so tell your family and friends that you will only be able to communicate with them once you return from your experience.

During the day the weather is hot and humid, so we recommend wearing comfortable clothes, T-shirts and shorts for walking; During the night the temperature drops to approximately 14 °C and there is a greater presence of mosquitoes and other insects, it is important to wear long pants and long-sleeved shirts to sleep and use insect repellent.

What to bring to the Lost City Colombia? 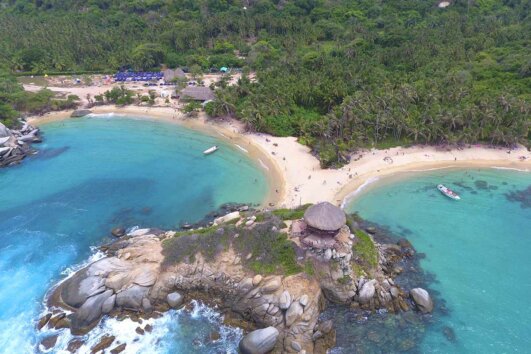 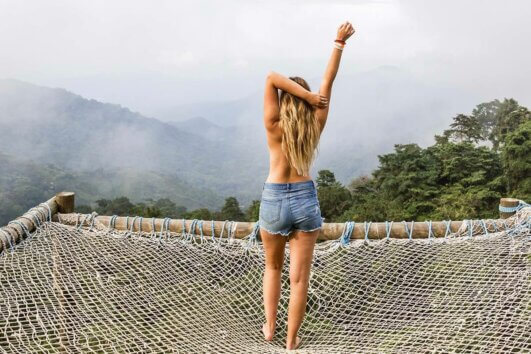 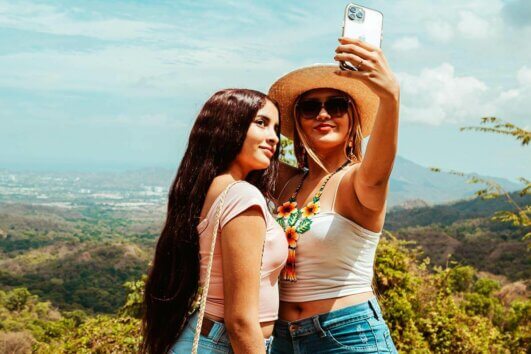 Just came back from a wonderful journey from ciudad perdida. Elíseo, our tour guide was very kind and knowledgeable. Erica, our translator was very energetic and nice. And last but not least, Chaves our cook was amazing! Every single meal was delicious, including vegetarian meals for couple of people in our group.
The landscape was superb, but very exhausting… glad we did it, highly recommend if you like nature and hiking! Definitely not a 5 stars hotel, but 5 stars experience!

This experience was just magical. We had an amazing trip even though the hike was though. Our gudies Angel and Leandro were more than wonderful. They exlplained a lot about the different tribes, ther costumes and what a sacret and special places the lost city is to them.
Beides that, the Food was amazing and the kitchen staff (Sandra and Jose) was also very helpful and friendly.

Show reviews in all languages (25)